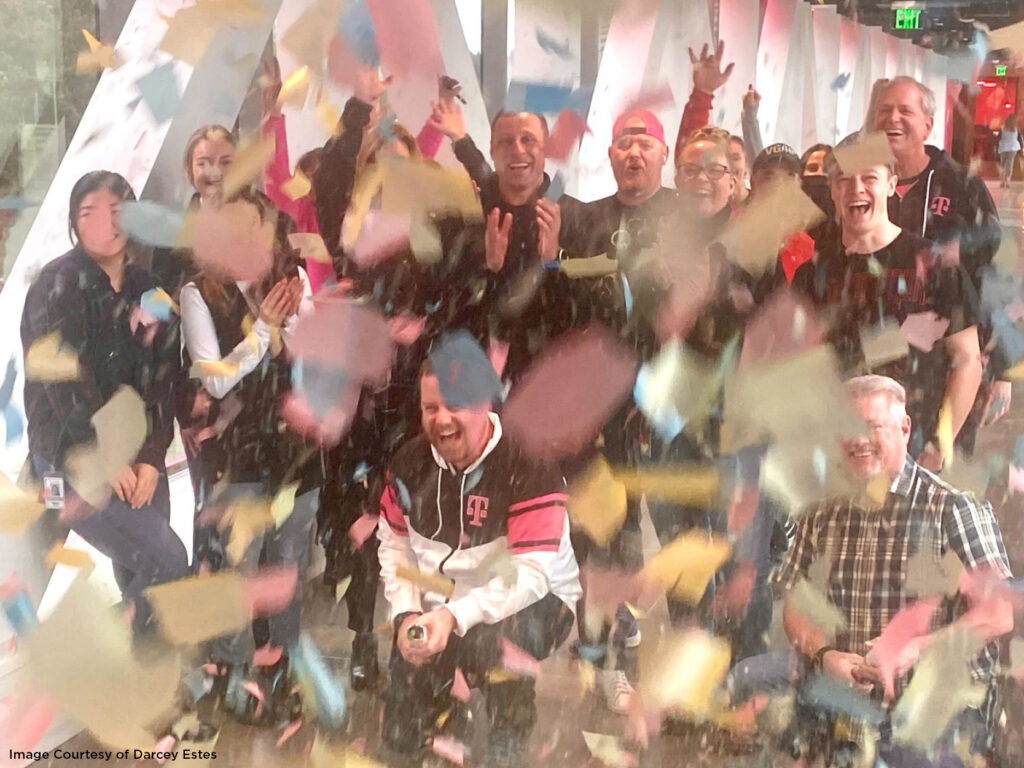 The skybridge connecting building 2 and 3 at T-Mobile Headquarters has officially opened to employees and visitors! Scroll to see the evolution of the skybridge that stands 66 feet in the air, and measures 185 feet in length, making it one of the longer and more technical skybridges in the Bellevue area.

The T-Mobile Headquarters project team is putting the final touches on the connector between building 2 and 3 with completion expected in January. Once complete, the new connector will increase accessibility, reduce travel time for employees, and keep employees dry on rainy days.

Yesterday, the T-Mobile Headquarters project team lifted and set the final span of steel trusses that completes the bridge structure between Buildings 2 and 3 at their Bellevue, WA campus. In keeping industry tradition, the project team celebrated the “topping off” occasion with flags, company banners, and the classic Christmas tree; all flown through the air with 26,000 pounds of steel!

This is a major milestone for the project team with the riskiest scope behind them. This also kicks-off the envelope work that involves roofing, flooring, and encasing the bridge in a glass curtain wall. Even more noteworthy is the fact that this is the final point of connection for T-Mobile staff and employees; the B2-B3 connector is the final link to traversing across four of the major buildings on campus, enhancing the workplace connectivity, collaboration, and accessibility!

March 11, 2021 – Construction begins on first span of the skybridge connector.

Last Thursday was a significant moment for the T-Mobile Headquarters project team, as construction began for the first span of the skybridge connector between Buildings 2 and 3.

This entails a massive effort including building and raising roughly 81 tons of steel beams, in four phases, on top of scaffolding towers between two existing building façades at varying elevations. At its highest point, the skybridge will stand 66 feet in the air, and will measure 185 feet in length, making it one of the longer and more technical skybridges in the Bellevue area.

“This was a huge milestone, and I’m very proud of the project team for working through all of the mind-boggling details of engineering, design, logistics, and planning to get to this moment! Hats off to the Andersen Construction team, and their partners at Apex Steel and Snell Crane, for conducting a successful and safe hoisting operation!” says Liz Haeck, MGAC’s Project Manager for the skybridge connector.

This will be a game changer for T-Mobile employees who will now have a more accessible, seamless route between buildings, and the ability to more effectively connect with teammates across campus, all without having to step outside into the elements!

The skybridge was designed by the Gensler Seattle team in collaboration with KPFF Consulting Engineers. Completion is expected in early 2022. 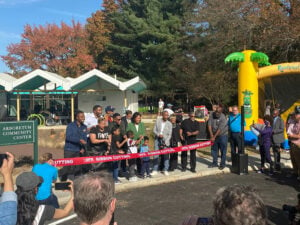 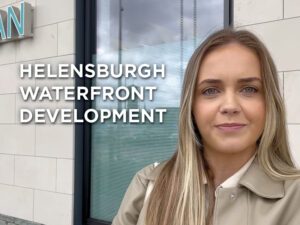