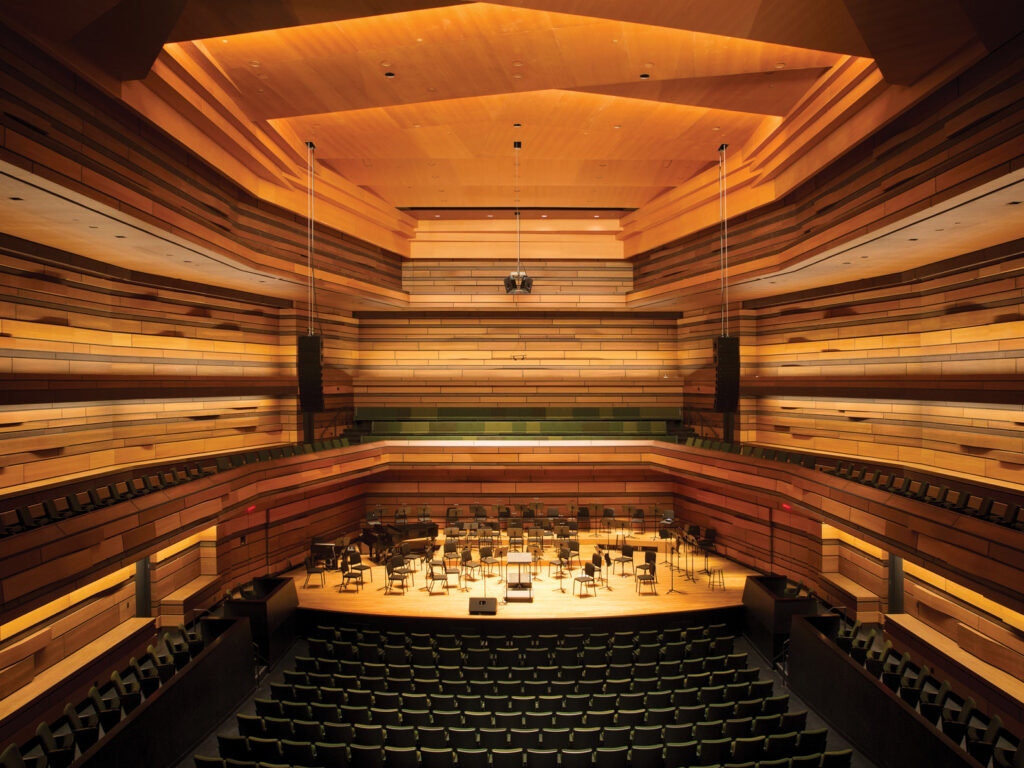 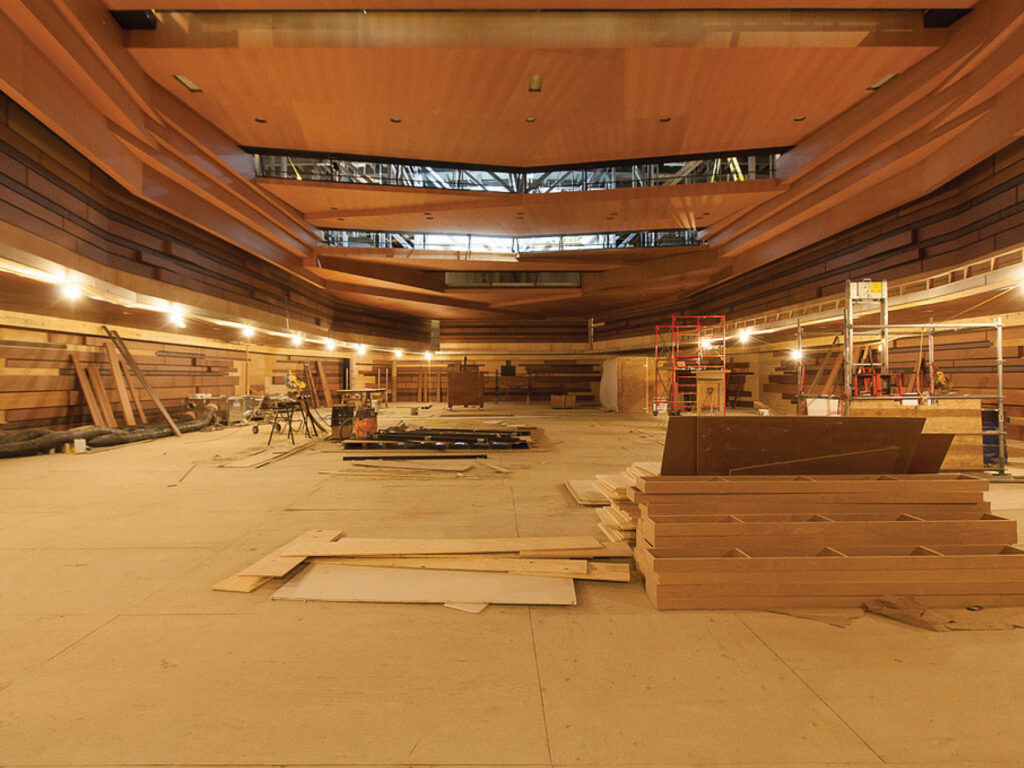 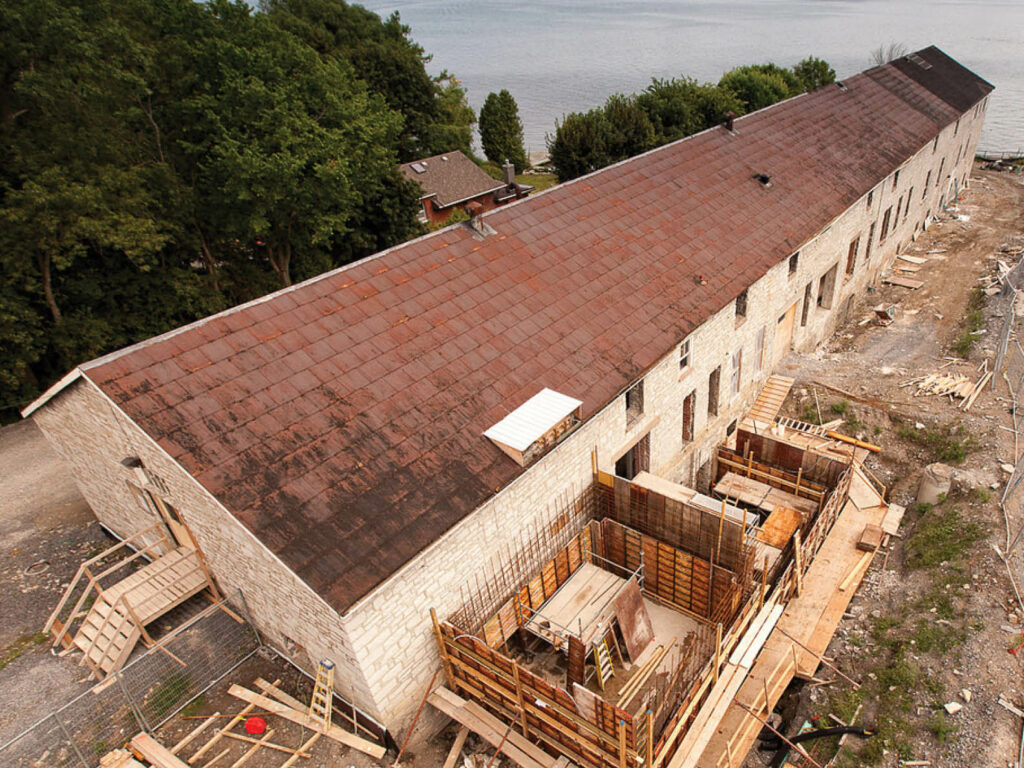 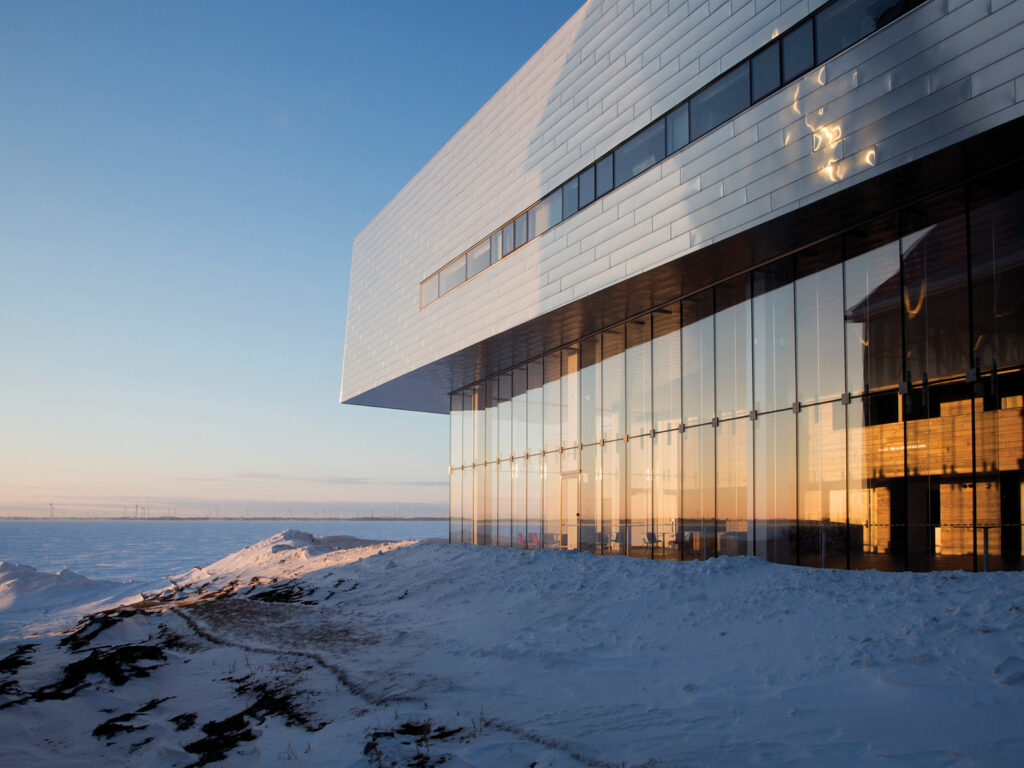 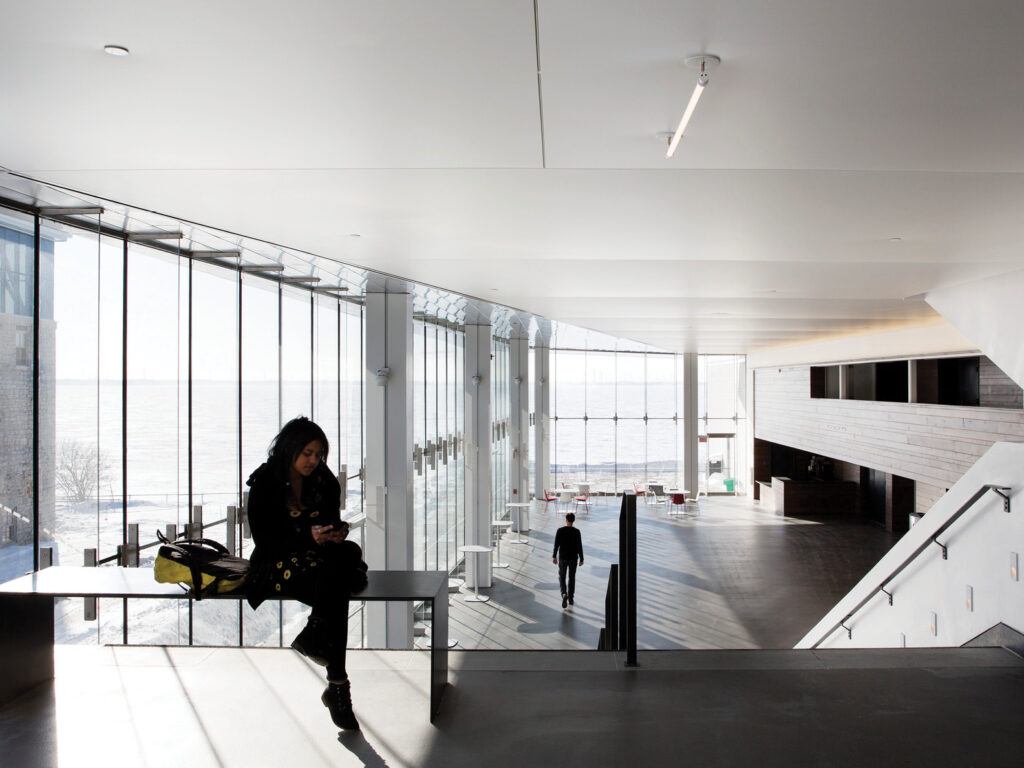 Queens University sought a standout facility for its film, media, drama, art, and music departments that could provide valuable teaching, rehearsal, and performance space; support the growing needs of the student body; and enable the departments to compete for talent. The answer is the Isabel Bader Centre for the Performing Arts. Funded largely through a generous donation from two of Queen’s most distinguished alumni, Drs. Isabel and Alfred Bader, the Centre exists as a vibrant gathering space and cultural landmark for both the university and surrounding community.

MGAC won a public solicitation to oversee the production and delivery of the 80,000 SF performance hall and achieve the dramatic vision of the architectural team: a partnership between internationally acclaimed architects, Snohetta, and Ottawa-based N45 Architects.

To push the ambition into action, MGAC managed a public design exercise, bringing together representatives from the neighborhood, the design community, city planners, and elected officials. When the direction with the most support was identified, we created and carefully monitored a timeline and financial plan for project success. By leveraging top talent and through careful planning, sequencing, and monitoring a complex construction schedule, MGAC delivered on the one-of-a-kind project.

The project’s location inspired its design–realized through water-like stainless steel cladding and intricate concert hall ceiling that mimics native limestone formations. The setting also posed significant procurement challenges as we navigated severe winter weather and the site’s remote location to complete construction by the start of the academic year.

To honor the site’s history—it was originally home to a 19th-century brewery—we facilitated a multi-faceted reclamation process and oversaw the incorporation of two historical buildings. Working with design and construction teams, MGAC managed the dismantling, protection, and restoration of these vital components to meet the exacting standards of local historic review boards.

Composed of wood-veneered six-inch concrete slabs fitted like a jigsaw puzzle, the auditorium ceiling is one of the most striking—and notorious—features. It required patience, planning, and coordination of an extremely intricate assembly process—all well worth the spectacular end result.

The Isabel, as locals refer to it, has become a valuable teaching, rehearsal, and performance space for the University and community and is as stunning as the performances that grace its halls. The reimagining of historic elements transformed a once underutilized lakefront into a green court, celebrating the expansive lake views while providing a gathering place for students and residents alike. And the new facility’s 566 seat concert hall, 100 seat black box studio theatre, art and media lab, film screening room, laboratories, classrooms, and rehearsal area offer spaces that are acoustically superior, technologically advanced, and seamlessly blend form and function at every turn. 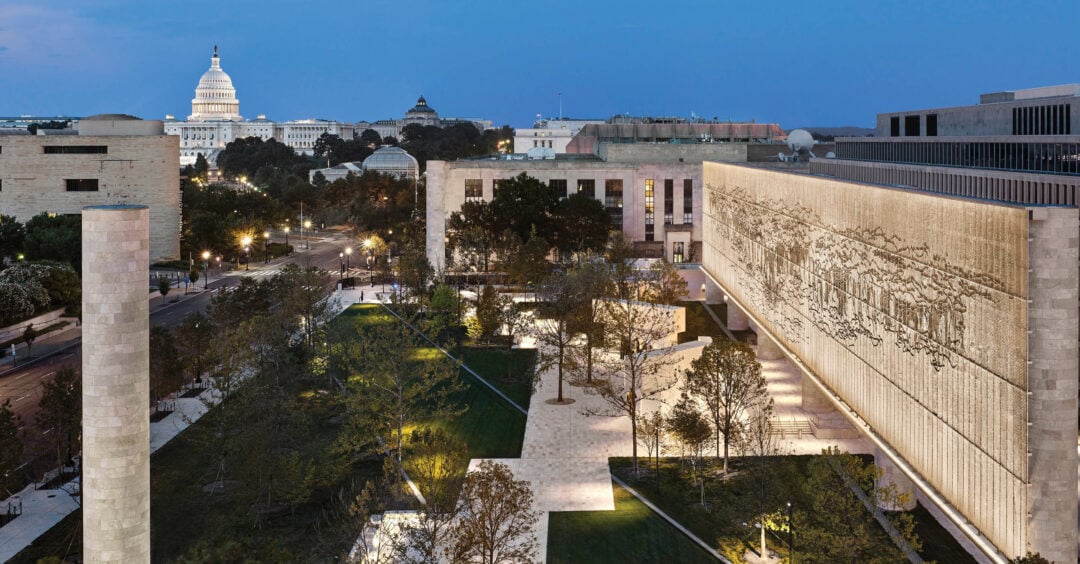 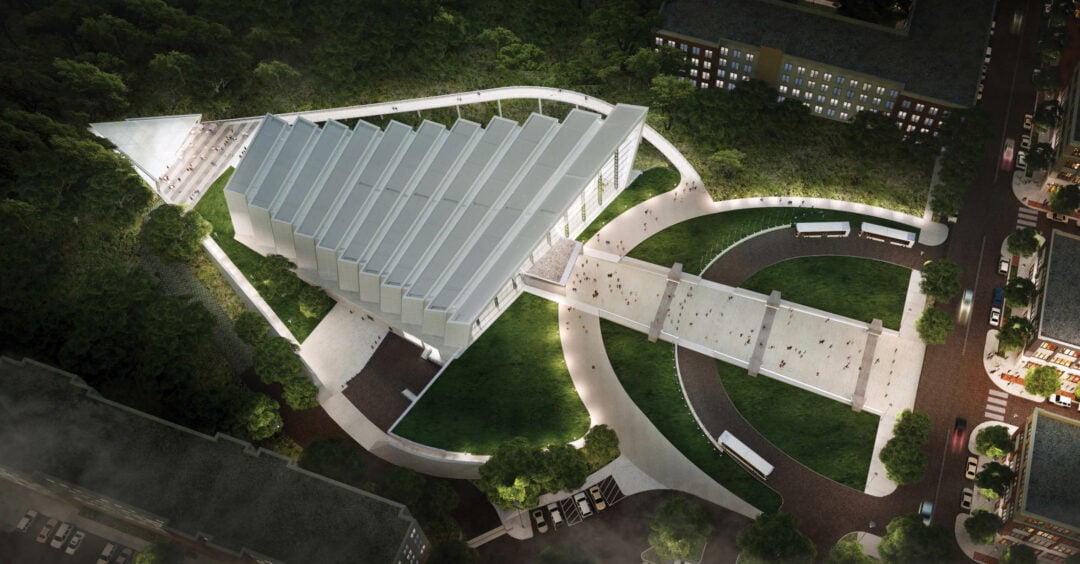 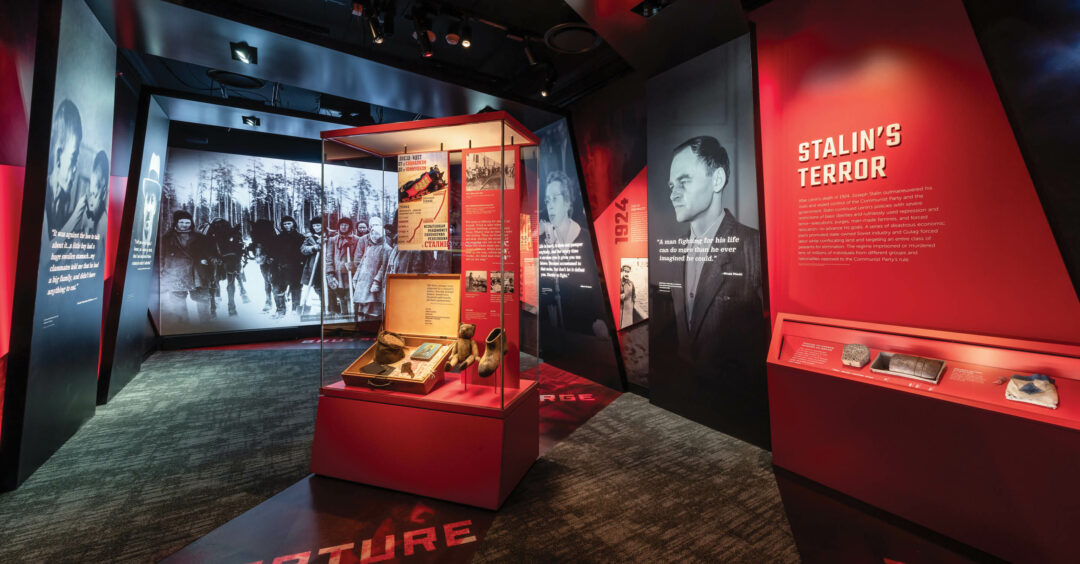