The Impact Blog is a spotlight series that highlights and celebrates the diverse employees that make MGAC tick. Beyond their day-to-day schedules, we want to know how they have a greater impact on their colleagues, their company, and the communities in which they live and work. We want to know what makes them get out of bed in the morning, what led them to their current role, and what they hope their lasting impact will be.

Today, we get to know Faris Aldwiekat, Project Controls Manager at MGAC.

MGAC: Hi Faris! Welcome to the Blog. Tell us about your role at MGAC in your own words.

Faris Aldwiekat: I am a Project Controls Manager. What I deal with is controlling the cost and schedule of the projects we get involved with. We set the baseline schedules and budgets and we monitor them as the project moves along and suggest any corrective action to keep things on track.

MGAC: So, you’re the one who keeps things running smoothly!

FA: As much as possible. The thing is, it’s not that you have a plan and stick to it; it’s a dynamic plan all the time. You start with the small information you have at the beginning of the project and then you evolve as it goes and change what is needed. But, the ultimate target is to finish the project on time and within budget. The way of reaching that could vary as you go through each phase; you see things you didn’t see at the beginning. When you build a plan at the beginning of the project, you know a small amount. So, you can’t just stick to the plan that was built on the little information that you had and try to impose it. You need to work dynamically with the changes that you face, and as you become more familiar with the project. Flexibility is a big factor in our work.

MGAC: How interesting. What led you to this role?

MGAC: Congratulations on your first work anniversary! What attracted you to MGAC?

FA: What I found at MGAC is it’s not a small company where you, for example, do one similar project or one specific field. It has multiple disciplines, multiple types of projects. Yet, it’s not a huge company where corporate rules and politics play a big part in the job. I appreciate the flexibility I’ve found and the direct relationship I have with management. You communicate, and they hear you, which I didn’t find in big corporations I worked for—and even the smaller companies as well.

FA: Yes, I’ve been here in Canada for five years now. I was living and working in the Middle East before that—I’m from Jordan originally. I was working in Jordan, I’ve worked on projects in Iraq, and in Saudi Arabia as well. I also lived in Sudan for a while. I emigrated to Canada in 2015.

MGAC: As a child in Jordan, what did you want to be when you grew up?

FA: To be honest, I didn’t have a specific target in my mind! I was good at school; my grades were always good. But I didn’t know what I wanted. So, I just let go, and kinda fell into engineering.

FA: Yeah—I was lucky, I guess. But, it’s not a very good plan looking back. I don’t recommend that for my kids!

MGAC: Haha. Still, it sounds like you found a good fit in this field.

FA: I have an analytical mind. I understand numbers, which is what I need in my job. I deal with numbers all day. I deal with analysis and evaluating the situation and measuring multiple factors to come up with a final conclusion. I think my mind is built that way, and I’m in the right field.

MGAC: What would that kid think about your current job today?

FA: To be honest with you, I don’t know. I think it would not only be about my work; I came from a suburban area in the capital of Jordan, Amman. And now, I live in Toronto, one of the biggest North American cities. And I’ve completely loved it, where the city has taken me in my career. I think young Faris would be fascinated. He’d say, “Wow, look at what you’ve done and how far you’ve come!”

MGAC: Yes, what a journey! When you joined MGAC, what new experience and perspective did you bring?

FA: I brought some senior experience into project controls and exposure to different types of projects. MGAC is more into building projects, while I have done that, I also bring experience in infrastructure projects: wastewater, water, and transit projects.

MGAC: That’s awesome. What challenges have you faced in your first year?

FA: Well after 5 months at MGAC, the senior manager who hired me, and who I’ve known for a long time, decided to resign. That was the biggest challenge. But, the transition was extremely smooth. The company does a good job at accommodating these types of changes. That really ties into what I was saying earlier, when you have a company that’s close to its employees and listens to them, these kinds of changes can be resolved in a smooth way.

MGAC: How do you hope your work will impact your community at large?

FA: I work on wastewater treatment plant upgrade projects. We work on few around Toronto, and when COVID-19 hit, we were part of the essential businesses; the government allowed us to continue. That tells you what we’re doing is directly impacting the community around us.

MGAC: What at MGAC, so far, has made an impact on you?

FA: I think the simplicity. You do your job, you do it well, and you’ll be recognized. And that’s happened. It’s only been a year, and I already feel that recognition. In other companies, you stay for ten years and no one knows your name. It’s different here. It’s simple, it’s efficient, and it’s working.

MGAC: What have you found most rewarding about your job so far?

FA: I think what I like most about my job is seeing the final product. You’re able to see the results of all of your hard word. There are other professions where you don’t get that. But, working in building and construction, I see the project growing day-by-day. That gives me satisfaction and a purpose. And I don’t mean that other professions aren’t important, but what we do you can touch, and everybody can see it. It gives you that feeling of immediate satisfaction. That’s an achievement on its own.

MGAC: What gives you energy?

FA: New things. Doing things over and over again is not something I enjoy. At work, if I see repetition, I start to get bored. I think that’s why I enjoy what I do so much. I show up each day and there’s always a new challenge or something that’s changing.

MGAC: That’s a great answer. What is your secret to winding down at the end of a long day?

FA: Reading a book and getting good sleep. I read probably at least half an hour to an hour. And I make sure to sleep eight hours, no compromise!

MGAC: That’s a good rule to have! What about your secret to starting the morning off on the right foot?

FA: I have to work out. Forty-five minutes to one hour, every day.

MGAC: Name a book that has changed your life.

FA: Not to that extent, but there’s The Untethered Soul by Michael A Singer. That book changed something in me; it opened my mind to a new way of dealing with life. How to accept actions. You are too small in this universe. It’s not your job to control everything, but to accept and observe what life brings to you. It has had a big impact on me.

MGAC: How about a quote that inspires you?

FA: There’s an Arabic saying: ﺳﺎﻋﺔ ﺻﺒﺮ اﻟﻨﺼﺮ إﻧﻤﺎ. In English, it’s “Victory is but an hour of perseverance.” Give it one more hour. It’s not that it will take one hour, per se. But if you’re working on a project and you spend 20 hours on it, all the information is there, and you think you’ve done a good job. But, leave it, and come back for one hour. You will have amazing results. Even in stressful times, if you have a bad day, just be patient for another two to three days. Don’t say, “I give up. That’s it.” Everybody has problems. But, if you get 90% of the way there, and you give up on the last 10%, you lose everything. The 90% you had spent is useless, because you didn’t give it the additional 10% it needed.

MGAC: That’s a wonderful way to look at things. What do you want your lasting impact to be?

FA: In my kids. I want happy kids, and I want my kids to grow up and realize that I did everything I could to make them happy. I don’t care what they achieve or what they will be—I want them to be happy. That’s my mission.

MGAC: Describe your job in five words or less.

MGAC: Nice. What’s the first thing you do at work every day?

MGAC: And the last thing?

FA: I go through the to-do list. See what I have achieved, probably remove some of them or postpone. And if there’s anything I need to carry over to the next day, I’ll do that.

MGAC: What’s the weirdest thing we might find in your desk or work bag?

FA: I have our garage door opener on my desk. I don’t know why I have it here. I’ve probably had it on my desk for six months!

MGAC: What can’t you leave home without?

FA: My phone, of course.

FA: Anything; I don’t have a routine. I eat something that fits into my diet.

MGAC: What’s the most used app on your phone?

FA: Google. I don’t have any social media. I don’t have Facebook. I don’t have Instagram. I don’t even know what some of them are! And you know what? The good thing about Google is that it understands you. After a while, you don’t have to ask. If you change your mind, Google will discover that and will adjust to show you what you want.

FA: We’re trying to implement new systems and software programs in our department. We’re also working on building the team and trying to get more integrated with other departments. That’s the main target for this year and 2021.

MGAC: Where do you see yourself in five years?

FA: I don’t know! To be honest with you, life has rewarded me so far in ways I hadn’t planned. So, I do my job the best way I can, and believe more good will come. If you’d asked me this question five, six years ago, I’d have given you a detailed answer. Every year, I’ve had a detailed plan and every year things have worked out better than my original plan. So, I stopped doing that. Just do your work, be honest, and good things will come. 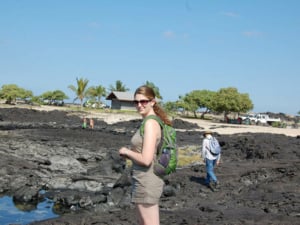 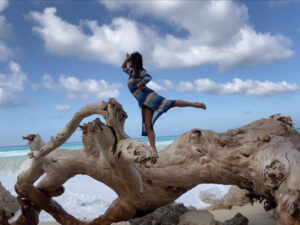 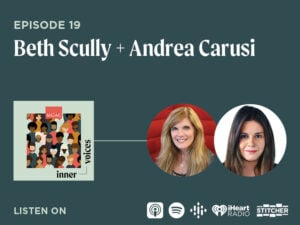 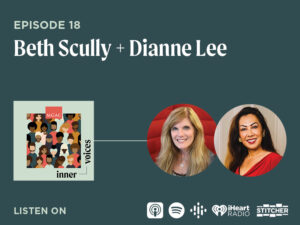 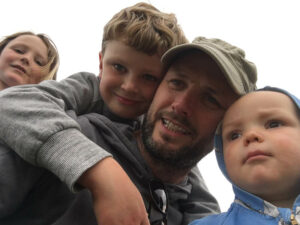 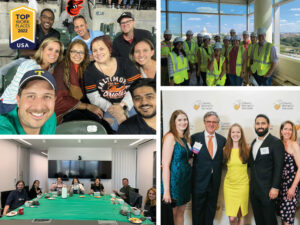