University of Birmingham, The Exchange 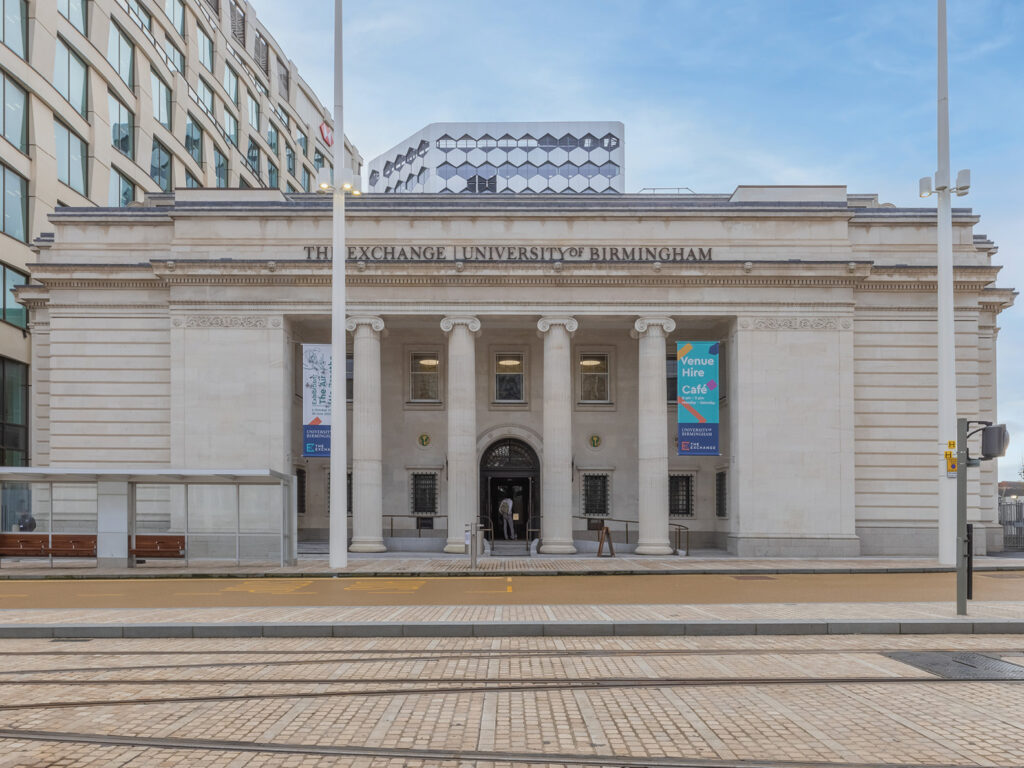 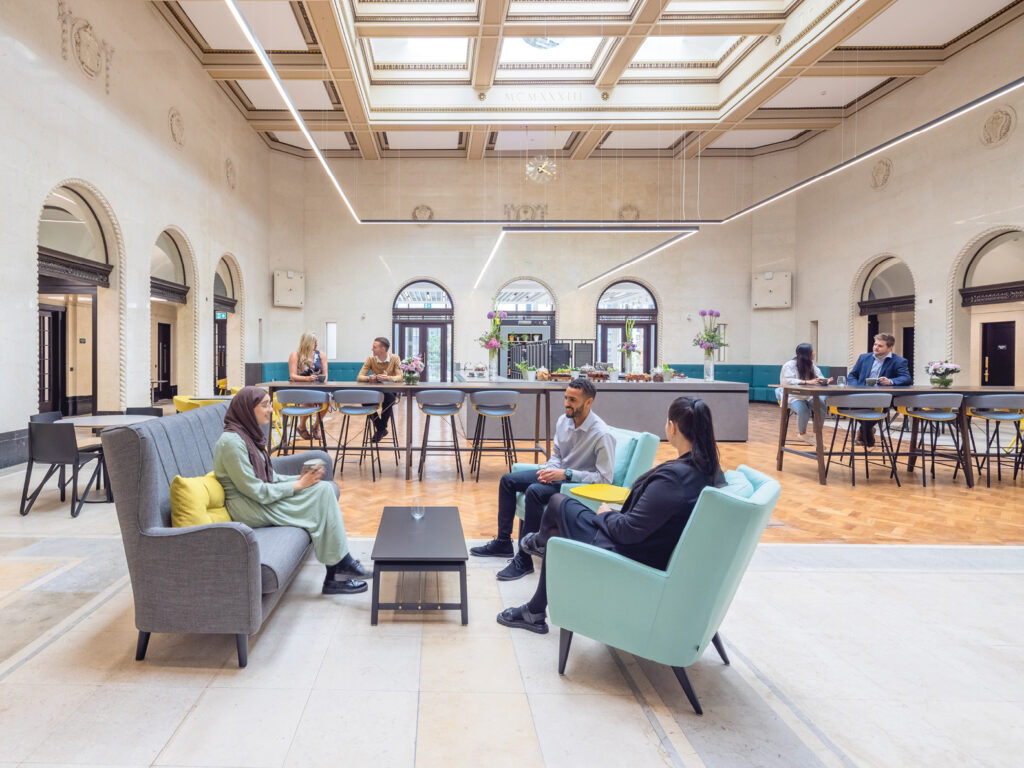 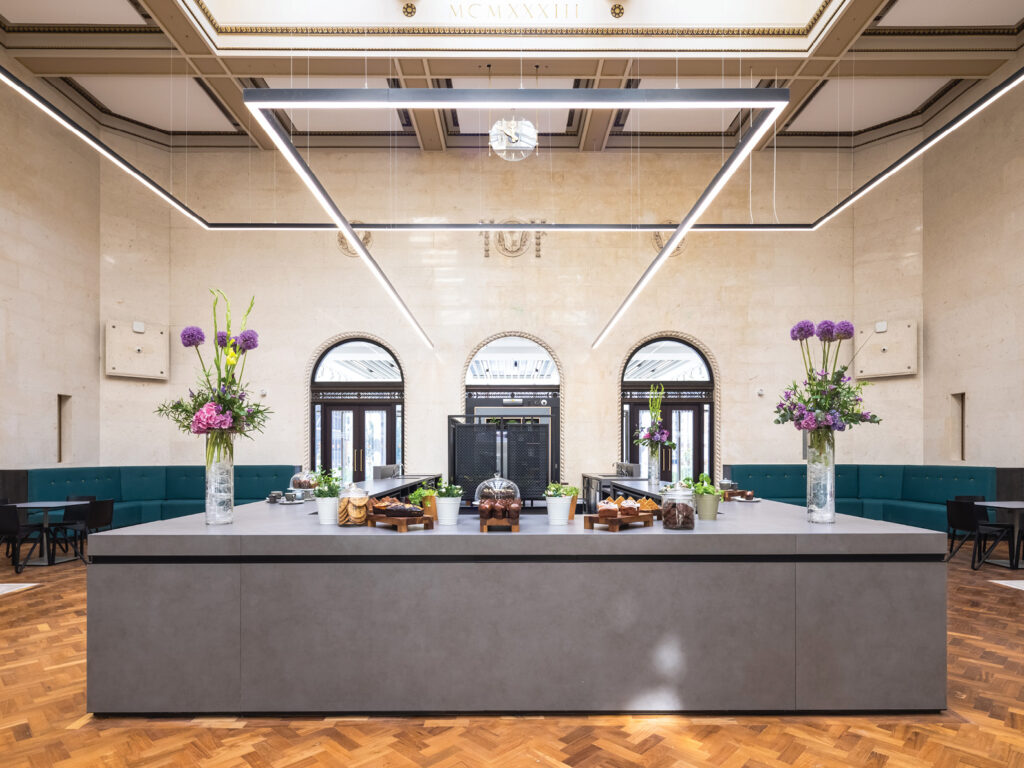 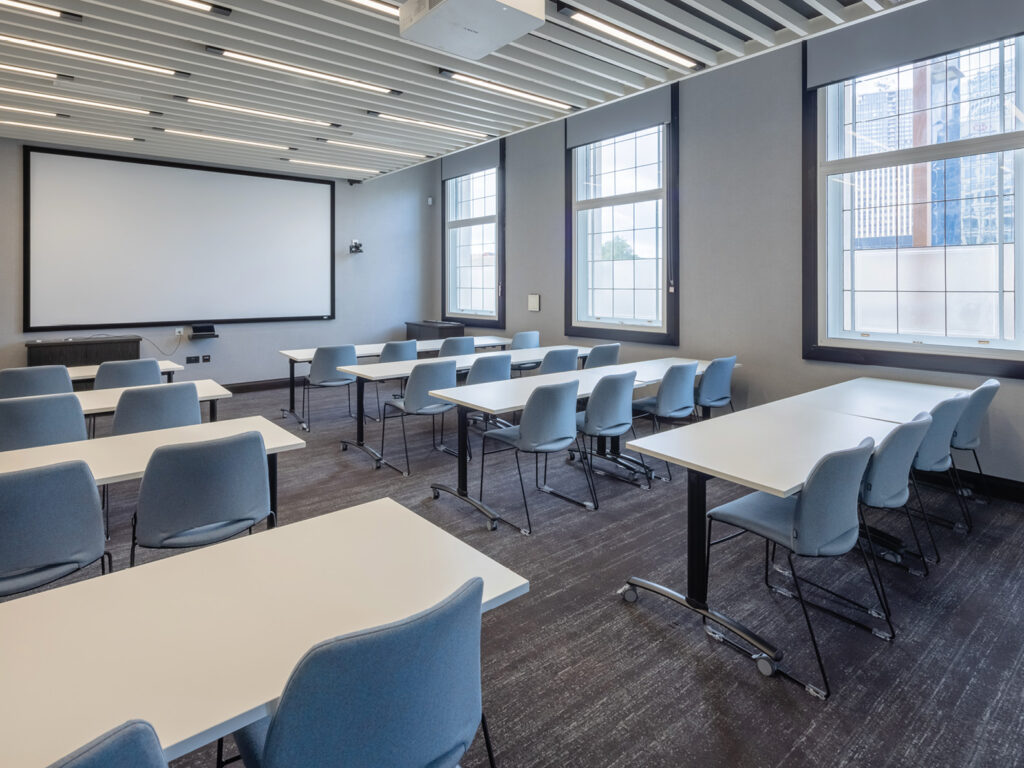 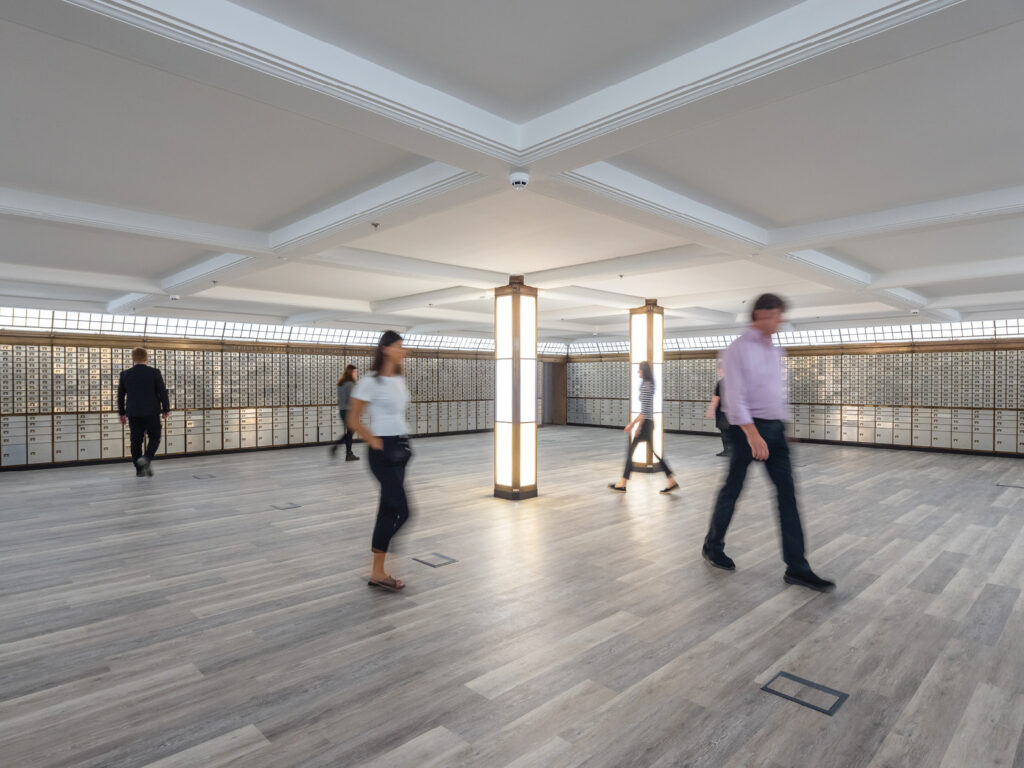 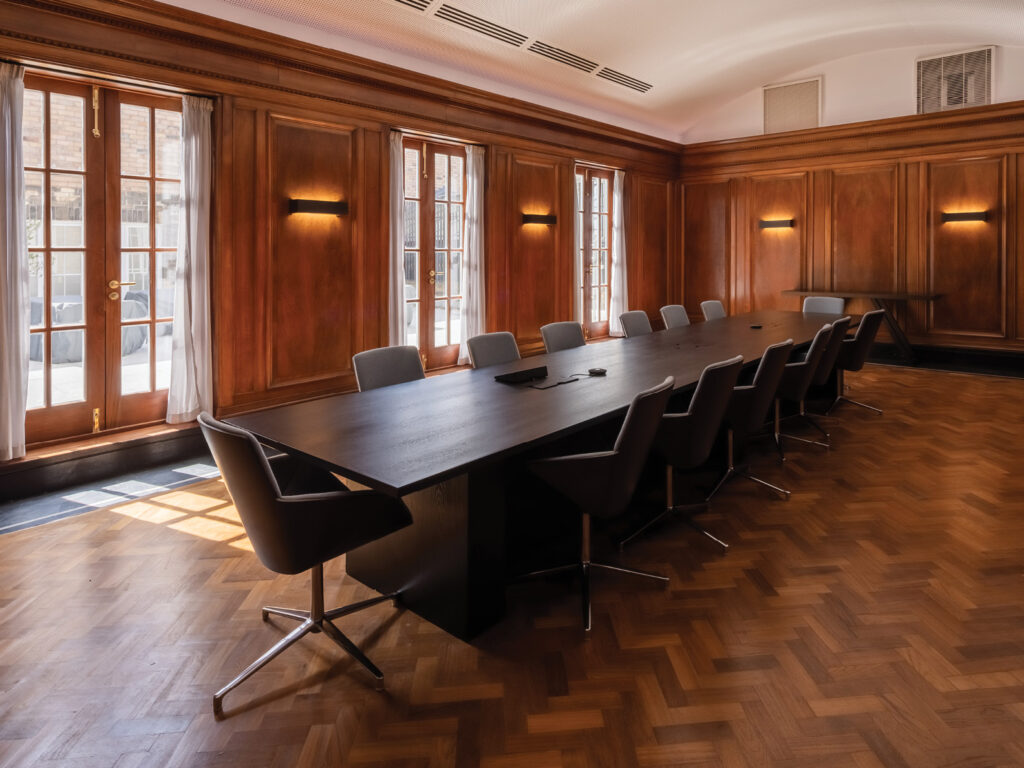 In 1933, Prince George opened the doors to the old Municipal Bank building for the first time. Sitting opposite Centenary Square right in the heart of Birmingham, the neoclassical building, with its grand columns and formal Portland stone and bronze entrance, would have been impossible to miss. After many years of serving the people of Birmingham, the bank closed its doors in 1998. As time went by, it stood empty. With each year, the Grade II-listed building that was once such a central fixture in the city fell further into disrepair. That is, until 2017, when the University of Birmingham decided to purchase the building from the Birmingham City Council to give it a new lease on life.

As is the case with much of our work, the plans for the building were ambitious—and exciting. The university saw huge potential in the building—potential to not only restore its former grandeur, but to use it as a space for members of the university and the wider Birmingham community to gather. Building on its legacy as a place where currency was exchanged and the community was brought together, they envisioned a venue where ideas could be exchanged through public-facing research presentations, data sharing, courses, and events. Translated into site plans, that meant retrofitting what was once a single-use building into a café, event spaces, flexible work and meeting rooms, a roof terrace, and an outdoor courtyard.

As Cost Managers, our first and most critical task on this project was to build a budget that was cautious enough to allow for historical surprises, checked the boxes for key conservation requirements, and enabled us to work toward something really special. Integral to this was our firm’s expertise on historic refurbishment projects and constant coordination with the conservation officer overseeing the work. Once we learned what could—and could not—be done, we tapped our own experience to strategize solutions.

From there, we collaborated with project partners to ensure the client’s goals, design plans, and historic requirements could align with the budget available. It was a delicate balancing act, but one that was a real team effort as everyone involved wanted to see this remarkable landmark building restored.

The on-site work began in January 2019. Anyone who stepped in at that time could see that the university had taken on a challenge when it purchased the property. The years of neglect were apparent, making surveying a critical part of laying the groundwork for the project. While some of the refurbishments needed were immediately apparent, there were still many unknowns—and challenges that came with filling in all of the blanks.

When we conducted a survey for asbestos, for instance, we, fortunately, were able to gauge where most of it was, but had to continue to work under the assumption that we may find more along the way. After all, due to the historic nature of the building, we couldn’t simply take apart walls to see what was underneath. Everything was evaluated with extreme care with the help of rot hounds and meticulous sample analysis.

In October 2021, after three years of meticulous refurbishment, the grand neoclassical building opposite Centenary Square in the heart of Birmingham again opened its doors—this time as The Exchange. Every room within the building stands as a testament to both form and function, honoring the history of the space while ushering in an exciting future. To simply restore the space would have been a major accomplishment. But by carrying it into the future and reinvigorating this square in the heart of the city, the project team and the university have done so much more. It was an honor to play a role in that work, and we look forward to seeing The Exchange serve the University of Birmingham and the city’s residents for years to come. 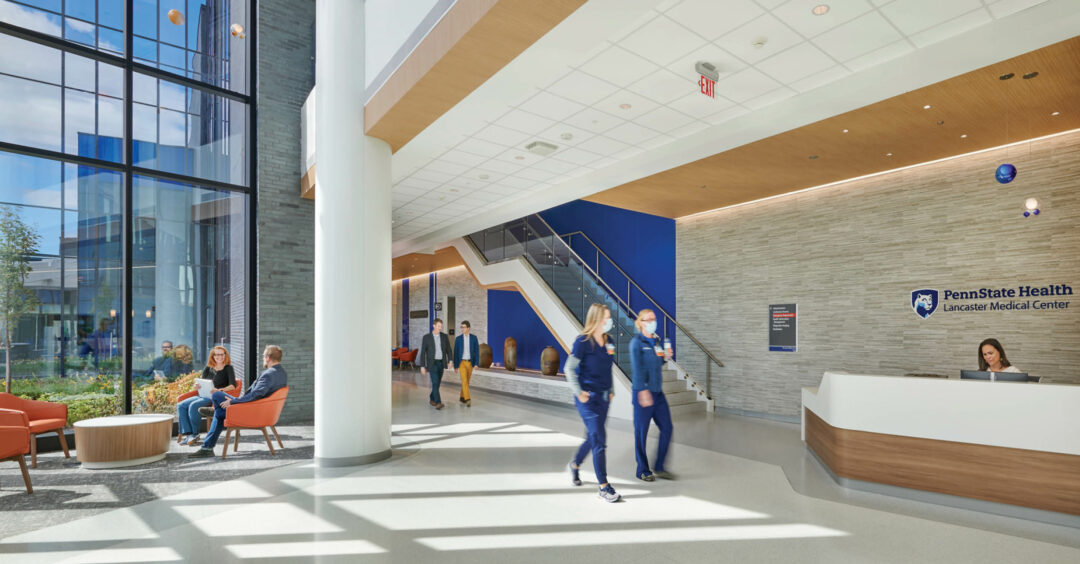 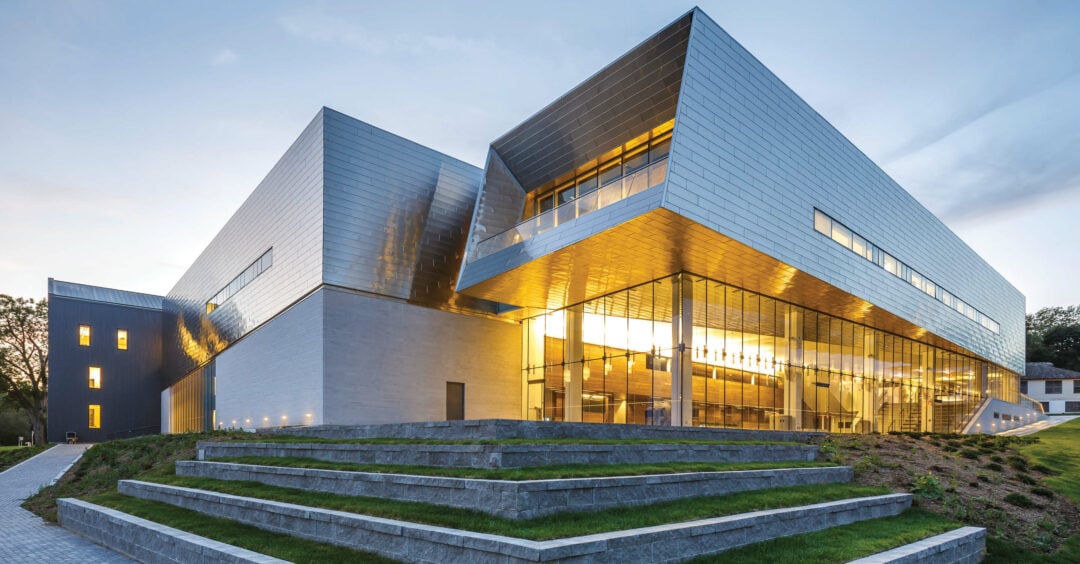